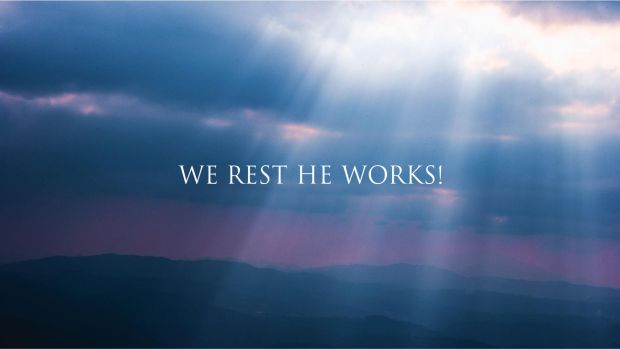 God has been preparing His people for this notable hour of history as the containers and dispensers of His life and His goodness. He has been pouring in the treasures of His Word and soaking us in the anointing of His life in preparation for our appointment in the Presence of the King. Everyone has an appointment with the King. Everything we have been through thus far has been preparation for this divine appointment. For those who have been diligent to work with the Holy Spirit in fashioning the ministry He has assigned to you and have persevered through the trials of birthing your assigned portion, God calls you faithful!

I recently shared in my last word about the upcoming Shmita year on the Jewish Calendar, that will begin on Rosh Hashanah 5782, and falls on September 7th on the Gregorian calendar. God created the Shmita to be a Sabbath year of Rest for the people and the land. Every seventh year God ordained a time of rest, forgiveness of debts and the release of slaves from captivity. Obedience required the faith to know that God would provide supernaturally during this time.

Living in rest is a walk of faith! Obedience to God’s commands, releases the blessings of God. Obedience to God’s ordinance for the Shmita allowed Him to release supernatural signs and wonders on behalf of His people. We are now heading into an appointed and very supernatural year of Divine miracles, where we cease from our labors and from striving, and God rises to His place of Lordship in our lives and over the affairs of this world.

The Day of Rest that is upon us falls in a year represented by two—5782 and 2022. The number two in Hebrew is Bet and its form denotes a house or a container. Some Jewish scholars understand the number two to be the mirror of one. Two also signifies the principle of two witnesses.  In the season ahead, we will see a people coming into conformity to the mirror image of God, as they enter union and rest in Him. We will see God bear witness to His work in man, where He alone determines the matter and the outcome. In the year of two God will align Isaiah 22:22 with its counterpart of Revelation 3:7-8, to place open doors before His faithful servants that no one can shut, and to shut doors that no one can open.

“I know your works. See, I have set before you an open door, and no one can shut it; for you have a little strength, have kept My word, and have not denied My name. Revelations 3:8

This is a word for many who have preserved through the trials, and who will now see doors opening before them as God goes ahead to prepare your way! For the Lord is now rising in His people to begin to build His House according to His design. He is about to release His builders and open great and effective doors to get the work done.

“The nations will fear the name of the LORD, all the kings of the earth will revere your glory. For the LORD will rebuild Zion and appear in His glory.” Psalms 102:14-15

GOD IS ON THE THRONE! 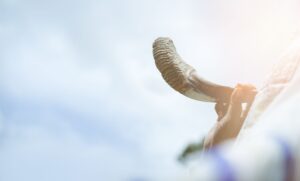 September 7th is Rosh Hashanah, it is the Feast of the Blowing of Trumpets, and the beginning of 5782.  I sense God is saying as He did to Joshua 1:11, “Prepare provisions for yourselves, for within three days you will cross over this Jordan, to go in to possess the land which the LORD your God is giving you to possess.”  The Lord is saying that it is time to break camp and move out into your destiny. We are entering a supernatural Day of Rest, as we move into the Day of Battle. This is the dichotomy of the hour, Rest and war, and darkness and light.  When Israel crossed over the Jordan to possess their promised land, they were crossing over into war. The Covid trial we have been walking through in the world has been a disturbing one… allowing dark forces to push a demonic agenda. Yet through it all God has accomplished much in and through His people.

In the days ahead, we may see strange times come upon the earth, but God’s plan will always be unfolding towards His end… and He wins.  There are great times of testing coming and God’s people must dig deep and take these trials as opportunities to build muscles of faith.  Always remember that God has chosen you for such a time…He must therefore believe in you!

It is important for leaders to make up for lost time in preparing their people for the days of trial, by giving them the tools to find the fortitude to stand in the midst of turmoil while fully trusting in the faithfulness of a God who is mighty to save. Those with influence will  be called to instill strength to those who are losing hope. As the Psalmist has said, “God is on the throne!” God is on the job and is in full control. We must trust Him in the way He chooses to work things out.

God is now preparing to dress you, your ministry, and the resources you have birthed, in Royal garments for service to the King. You are being beautified by the Holy Spirit for your appointment with Him. You will see the King move into your life to take over and open appointed and effective doors for you, doors that you could never open for yourselves. God is saying that your appointed time has come!

“But you, LORD, sit enthroned forever; your renown endures through all generations. You will arise and have compassion on Zion, for it is time to show favor to her; the appointed time has come.” Psalms 102:12-13

This word has been ringing loudly in spirit for three days and I have begun to see miracles begin to break out in my life. Grab hold of this word as I fully believe it is for the Body of Christ at this time! Over the past years, God has been working to put to death the flesh and carnal nature in us, that seeks to make our work and ministry all about ourselves rather than the One that we serve. That is about to change. There is a new breed coming forth whose faces are set on their King—their only desire is to know Him and to ensure that He gets all the Glory He so deserves. They are friends of the Bridegroom.