As I was in prayer recently I heard the Lord make two distinct statements; the first was, “Go before Me and prepare My way.”  The second statement was, “I am coming to judge the Earth.”  As I pondered these two statements, I began to receive some understanding as to His intent:

I am coming to Judge the Earth:

Immediately upon hearing this statement, I knew instinctively that God was not referring to Tribulation and the last days. So as I pondered the word ‘judge,’ I felt led to check the definition for further insight and received the answer in this definition: to decide or settle a case authoritatively, to render a verdict in favor or against.  In the past twenty years God has taken me into His Court a number of times on significant occasions where He rendered a verdict and closed a case against me.  Recently I have also heard messages by Robert Henderson on the Courts of Heaven, and I believe these messages are being released in a timely fashion once again to prepare the Body for significant Breakthrough.

The Great Judge of the Universe is about to decide on a vast amount of pending cases—He is about to render favorable verdicts on behalf of His people based on the penalty Christ paid for our sins on the Cross.  Jesus is our Redeemer, and our Savior, and He has won our victory!   Sometimes God delays the verdict to test us in our ability to hold the freedom He so desires to give us, He therefore takes us through a season of refining and strengthening of our inner man, that we can keep the freedom He gives.  God is also measuring the depth of our desire for freedom through tests in our perseverance and endurance, as some are not willing to fight and to pay the price for their freedom.

The Lord recently gave me a clear word through a dream. In the dream I was with a wrestler who looked

a somewhat like Hulk Hogan and gave the impression of being very gentle and sweet. I was very concerned because I was supposed to wrestle with him and was sure that I would die in the process!  During our discussion about the upcoming match he stopped and said to me, “My Father says to tell you that if you will choose to wrestle He will supply your every need!”  The day prior to this dream I was in a meeting where the speaker gave testimony of the incredible favor that was upon her life and upon all her children as she daily contended through numerous pages of daily decrees. Through the dream I sensed that God’s supply was a comprehensive one that covered my life, my family my ministry and the transformation of my city…if I chose to wrestle! Jacob wrestled, and His name was changed to Israel—Prince of God! Many have been contending and wrestling for a long time…. Don’t Give up, ask for renewed strength to launch a fresh offensive! God is about to render a verdict in your favor!  On many occasions when I was in great need, God gave me the revelation, that Jesus was my Lawyer in the Courts of Heaven who was fighting on my behalf.

“You heard me when I cried, “Listen to my pleading! Hear my cry for help!” Yes, You came when I called; You told me, “Do not fear.” LORD, YOU ARE MY LAWYER! PLEAD MY CASE! FOR YOU HAVE REDEEMED MY LIFE. Lamentations 3:56-58 NLT

Jesus paid the full penalty for our sins; this means that the enemy’s cases against us are all fraudulent, and they can be charged in a court of law with fraud which means: deceit, trickery, perpetrated for profit or to gain unfair or dishonest advantage. God will rule in our favor and overturn satan’s decrees against us and his evil agenda for our lives. Great waves of freedom are entering the Body of Christ right now…REACH OUT AND CATCH THE WAVE! God is ruling in our favor! Many long standing cases will be closed as God prepares to close out this season, in preparation for the season of sending that is ahead. God is about to take us to new destinations in Him and re-position us securely for the future.

Cases are also being decided in the public arena and in governments of nations as God rules against corruption, deceit, and trickery. As God’s people have been crying out in prayer and intercession for many years, the bowls are filling up and God’s time to render verdicts is here. Much has been, and will continue to be exposed and brought into the light, as God moves in favor of righteousness and justice. The Hidden demonic agendas will be revealed, exposed and will collapse under the radiation of the Light of Christ.

In the last word that I wrote, “The Headstone Generation and the Season of Completion”  I shared that we are entering a season of completion and release that coincides with the Jewish New Year of 5777, that the seventh letter In the Hebrew alphabet having equivalent numerical value is Zayin; in classical Hebrew script it is constructed of a vav, representing a tent peg, having a large crown on its head. (image by Wikimedia).

“In the Bible the number seven represents completion, perfection and fullness. For the Headstone company who have come to the completion season in their preparation, this will be a triple crown year, crowned with the fullness of God!”

YOU CROWN THE YEAR WITH YOUR GOODNESS, AND YOUR PATHS DRIP WITH ABUNDANCE. Psalm 65:9-11

“Go Before Me and Prepare My Way!”

Yes, Jesus is returning but before His feet land on the Mount of Olives He will be coming in ever-increasing waves of His Presence and Glory.  As decisions are made in the Courts of Heaven and cases are closed in favor of the saints, a platform will be created for a  GREAT SENDING FORTH of harvesters, a multitude of prepared apostolic people, ministries raised up for the hour, churches planted and prepared to receive the new lambs, and tremendous leaders crafted in wisdom and Divine Creativity to rule and shepherd in the marketplace.  Agents of Transformation are being sent out for the hour of His power! The Lord will be showing up in places and nations around the world, and as in the principle established in His Word, wherever He intends to go, He will send His disciples ahead to prepare the way before Him!

“…and sent them two by two before His face into every city and place WHERE HE HIMSELF WAS ABOUT TO GO.” Luke 10:1 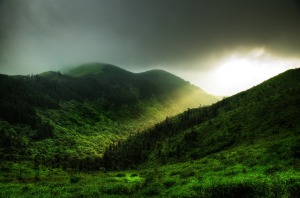 The Lord is also about to show up in unlikely places, in the back of Desert like He did with Moses, in hidden caves as He did with Elijah—wherever we are He will find us to deliver marching orders, directions and strategies for the season ahead. The Body must be ready to turn aside to look as Moses did when he received his instructions to go, and to listen to the still small voice as Elijah did when he received his instruction to go.  We don’t get to dictate Heaven’s agenda; we cannot control Him—every knee must bow! We Must set a watch to see what He will say as Habakkuk did, and lay down our good ideas to wait for His!  The disciples were ministering to the Lord in fasting and prayer when the Holy Spirit spoke and said, “Now separate to Me Barnabas and Saul for the work to which I have called them” (Acts 13:2).  We are a Kingdom Ecclesia prepared by the Lord to render on His behalf, the verdicts of Heaven’s Courts against the Kingdom of darkness.

This is the Triple Crown year— Triple Crown means to have won on three fronts. This is the year of the favor of the Lord, where we are rewarded for perseverance, endurance and faithfulness in the trials and tests of preparation. The prize is Christ and a year crowned with the fullness, abundance and Goodness of our Father God, where we can stand in Him and declare as He did, with confidence in our Identity as sons of God:

The Spirit of the Sovereign LORD is on me, because the LORD has anointed me to proclaim good news to the poor. He has sent me to bind up the brokenhearted, to proclaim freedom for the captives and release from darkness for the prisoners, to proclaim the year of the LORD’s favor and the day of vengeance of our God, to comfort all who mourn, and provide for those who grieve in Zion– to bestow on them a crown of beauty instead of ashes, the oil of joy instead of mourning, and a garment of praise instead of a spirit of despair. They will be called oaks of righteousness, a planting of the LORD for the display of his splendor.

They will rebuild the ancient ruins and restore the places long devastated; they will renew the ruined cities that have been devastated for generations. Strangers will shepherd your flocks; foreigners will work your fields and vineyards.  And you will be called priests of the LORD, you will be named ministers of our God. You will feed on the wealth of nations, and in their riches you will boast.

“For I, the LORD, love justice; I hate robbery and wrongdoing. In my faithfulness I will reward my people and make an everlasting covenant with them. Their descendants will be known among the nations and their offspring among the peoples. All who see them will acknowledge that they are a people the LORD has blessed.” Isaiah 61