In the last word I published, I spoke about needing a fresh revelation of the magnified LORD showing that He Is a Holy God Who is Mighty In Power! I shared that in the Bible, the Lord is called by many names, however, the name that He has chosen to use most often—over 244 times, is YAHWEH Sabaoth—THE LORD OF HOSTS—the Lord of the Armies of Heaven. Let’s look at a few scripture references to expand our vision and magnify Him in our eyes.

Isaiah chapter six, showing the LORD moving in to fill His Temple, is a passage God has recently been highlighting to me: “Woe is me, for I am undone! Because I am a man of unclean lips, And I dwell in the midst of a people of unclean lips; For my eyes have seen the King, The LORD of Heaven’s Armies.”

“For out of Jerusalem shall go a remnant and those who escape from Mount Zion. The zeal of the LORD of Heaven’s Armies will do this.” 2Kings 19:31

The Hebrew word used for zeal is the same word used for jealousy in Songs of Songs 8:6. The LORD is jealous over what and who belongs to Him: “Set me as a seal upon your heart…For love is as strong as death, Jealousy as cruel as the grave; Its flames are flames of fire…”

The Name LORD Sabaoth carries great Power for breakthrough as David said to the Philistine, “You come to me with a sword, with a spear, and with a javelin. But I come to you in the Name of YAHWEH SABAOTH, the God of the armies of Israel, whom you have defied.” 1Samuel 17:45

As His Bride of LORD Sabaoth, we have been given great favor! “For your Maker is your husband, The LORD SABAOTH is His Name, and your Redeemer is the Holy One of Israel; He is called the God of the whole earth.” Isaiah 54:5

The LORD Sabaoth clearly wants us to understand that His Name is Mighty and that He is the great WARRIOR KING of Armies. He is the Mighty military Commander Joshua encountered before the launch of the campaign to take the Promised land. His Power and Might are transcendent beyond anything we can ever imagine or think. When He rises the enemy flees in terror.

The LORD Sabaoth is the Lord of the Angelic Armies of Heaven. Angels are described in the Bible as fierce and warlike; they have remarkable supernatural power and are astonishing in their countenance, causing those who saw them to fall in fear. Their power is revealed repeatedly in various accounts of scripture. When King Hezekiah prayed earnestly, God sent one angel to defeat 180,000 of the enemy’s army. God opened Elisha’s eyes at Elijah’s request, and he saw the great horses and chariots of fire surrounding them.

Heaven’s Angel Armies are Mighty Warriors and the LORD Sabaoth is the Ultimate Warrior of Mighty Warriors. The LORD of Heaven’s Armies is not drafting into His Army on Earth, a fearful, frivolous, complacent people. But rather a New Breed trained and equipped, who are called to rule in His Power, Might, and authority. They become an army sold out to their King who contends and overcomes all obstacles in their path—THEY ARE OVERCOMING WARRIORS. The Promises given to the seven churches of Revelation is to, he who overcomes!

God requires that His people, at this time of history—in an era of war, know Him and magnify Him as LORD SABAOTH, a fierce Commander of great Might and Power whose face is set like flint to complete the Divine will. With a fierce determination to annihilate His enemies, He fights on behalf of His people to defend those who belong to Him, and for the reward of a Great Harvest of souls that also belong to him. 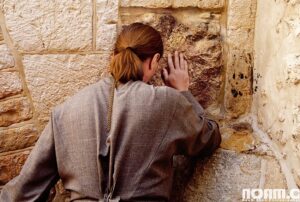 The first occurrence of the name YAHWEH Sabaoth is in the account of Hannah. Hannah was greatly troubled in her soul because she was barren. However, I believe that Hannah perceived by her spirit that a child was in her destiny; she perceived that she was in a battle more significant than she understood. Hannah rose up and went to the temple, and in her struggle and deep groans of travail before the LORD, she received a revelation of the LORD SABAOTH and with understanding made her appeal to Him and received assurance of her request!

Hannah recognized she needed the LORD of Armies to fight on her behalf! Hannah was fighting for the fulfillment of her destiny according to the will of God; she was fighting for a miracle and received one. Hannah dedicated her child Samuel as a Nazarite—one given over wholly to YAHWAH Sabaoth. Samuel was a priest who served the Lord wholeheartedly and ferociously; a warrior prophet who cut the head off the Amalekite King. He was the prophet God sent to anoint David, the warrior king in whose lineage was LORD Sabaoth—Son of David. Samuel was God’s idea, not Hannah’s. God wanted a priest and a prophet who would do all His heart and His mind (1 Sam.2:35). God put the seed of Samuel in Hannah’s spiritual womb before the foundation of the world—a seed she had to contend for!

In the day of Battle, in the season of War, like Hannah, we must make our appeal to the LORD Sabaoth and begin to contend for the seeds implanted in our spiritual wombs to come forth at the appointed hour. This generation is primed like Hannah to give birth to mighty things for the Kingdom of God—Nazarite churches and Nazarite Ministries, wholly given over to the LORD Sabaoth’s purposes! Apostolic, prophetic Nazarite mothers and fathers are called to birth the Nazarite Generation that prepares the way for LORD Sabaoth.

Like Hannah, LORD Sabaoth is waiting to hear our cry—our appeal! The widow in Luke 18 was a woman also contending in a battle for justice and received her answer (Luke 18:3-8). The scriptures say that this woman was persistent in her cry. Scripture reveals that whenever Israel cried out to God persistently, they always received answers! LORD Sabaoth wants to hear our cry and strong appeal! Why? Because in the cry, we become real, authentic, and engaged. We can easily fall into the trap of praying rote prayers because we know how to! Our cry shows we have a stake in birthing God’s will on Earth—like Hannah.

The cry is not something we can work up. Our spirit and soul become one with the Lord’s in the appeal—He hears our cry because it is His. We join with Him in His passion to bring forth His desires. His Cry encompasses His people, the Harvest, the children, the nations, and Israel His family. We have each been given a part of the cry of His heart in seed form to bring forth. To fully enter His Cry, we must first ask Him to release to us, His compassion, His heart, and His passion. When we truly feel His heart, we can pray in unison with Him in one heart.

The LORD Sabaoth is now primed to move out in the sons of God in resurrection power that will destroy demonic strongholds and capture the Harvest. We work together in a dance of unison with Yahweh Sabaoth and the Angel Armies of Heaven.

The blueprint of this end-time generation has been pre-coded and preloaded for the Battle to birth! The warrior code is already in our DNA! We must call forth our warrior spirit to the forefront to take its place on the frontlines of the Battle for the coming Kingdom of God on Earth. The Spirit of YAHWEH SABAOTH is upon us, sending us forth to do His work. He is with us and has come to destroy the works of the enemy!

“With justice He judges and wages war. His eyes are like blazing fire, and on His head are many crowns…The armies of heaven were following him, riding on white horses and dressed in fine linen, white and clean.” Revelation 19:11-14