I recently wrote a word titled, Three…Two…One…Lift Off, a word the Lord gave me regarding a rocket about to be launched.  After the word was first published in February, I heard the Lord say, “The countdown has begun!”   When He said that, my thoughts immediately went to the month of May, and was reminded that in the early months of 2019, the Lord had highlighted May 2020 as a significant month to mark—and that there were three months to May.

The Lord then gave me a strategy to hold a night of intercession once a month for the next three months taking us into May.  I believe it is now time to get focused, intentional and forceful in our intercession to get this rocket off the ground as we wait on the Lord for direction and for revelation.

This will be a decade of warfare and great battles for the harvest and for the Lord’s purposes to be fulfilled. We are presently caught in the waves of birth pangs that will deliver a monumental move of God!  This is definitely the time of Isaiah 60 where both the Glory of God and the darkness will be increasing with intensity. The Lord is calling forth the intercessors to mobilize and pray through the push of these birth pangs.

Many prominent leaders are now saying that the Church needs to wake up and be prepared for the fight, and this is absolutely true! These times are calling for people of God to be secure in their identity, know their God given authority and know how to pray and fight within the safe boundaries set by the Lord. However, as important as this is, it is also important to recognize that entering into spiritual warfare with unhealed heart issues and outside of biblical boundaries prescribed in the Bible, is dangerous.

In the late nineteen nineties there was much intercession and warfare taking place in the church, however, much was done with an immaturity and lack of understanding of spiritual warfare. At that time John Paul Jackson released a book called Needless Casualties of War; with the publishing of this book, it seemed that intercession throughout the church got shut down for a season. I believe this book was sent by God at that time, as there was so much retaliation harming His intercessors. It is time for the Body of Christ to now rise as the army God has been training it to be, to fight in the many battles ahead. However, this must now be with the maturity and the wisdom we have gained—we will otherwise have another season of needless casualties of war.

In light of this, having led on the frontlines of intercession during those years, who became one of those casualties, I feel led to share some of what I learned. At the time, I was leading intercession with many skilled amazing prayer warriors and were seeing tremendous breakthroughs. Because of this, the enemy was continually trying to take us down…and he did eventually succeed. He succeeded because sin was in the camp. There was much pride and unhealed hearts in all of us; so needless to say, we suffered much retaliation. The enemy looks for your weak spot and will hit you in any area he can—finances, health issues, your property, relationships and marriages, and he works to continually bring division. If we are easily offended and have unhealed heart issues, he can quickly work to infiltrate the team to destroy it.

During that time God gave me a vision of a great looming Tower and the sound of a marching army in the distance… heading my way. As I heard the sound, I looked up at the tower, it was covered with windows and doors and they were all open. As the sound got louder, each one began to slam shut! The Lord then started to teach me about the gates and doors in our lives that were giving access to the enemy, and the strategies to close them in preparation for the coming battle with this army.

As the Lord released revelation and understanding, I shared them with the intercessors. These teachings eventually became the basis for my book The Plumb line. The Lord also released me in the area of deliverance, and I worked with each intercessor and took them through a time of prayer counseling and deliverance. I saw many get delivered of tormenting spirits and enter great freedom!

The Lord then gave me detailed and specific prayer strategies in response to certain spirits that were oppressing and hindering the church. The first one was Jezebel; the first part of the strategy was to study and understand the character and ways of this spirit and repent for any places in which we identified with it. We spent many meetings prayerfully humbling ourselves in preparation.

The Lord then gave me a plan to ensure that there was prayer covering for everyone on the intercessory team. Each person was assigned to cover two other people in prayer and were themselves being covered by two people. We then had a series of meetings to worship and intercede as the Lord led us. Our meetings were always very exciting as He was always there in our midst leading us to victory! After this campaign of prayer ended, there was an immediate release that resulted in the reconciliation of the church with an important family that had left the church through an ugly split.

Our next assignment was Leviathan, the king of pride. God had me wait for about three weeks to get His strategy for this spirit.  During the waiting time, we did the same as we did with Jezebel. We studied the character of this spirit and the way it functioned. We then repented for the ways that we identified with it.  The Lord warned us from Job 41:8 not to try to try to come against this spirit, as it says, “If you lay a hand on it, you will remember the struggle and never do it again!”

God then released the strategy, which was to have a series of Friday night watches where we would humble ourselves and pray through the night in worship, repentance and in seeking His face. These prayer meetings were extremely powerful! Unfortunately, in the last meeting I made a mistake. I perceived a dark mocking spirit on a throne and in the passion of the moment, came against it. The retaliation against me was fierce, as there was much pride in my heart; I crashed and almost had a nervous breakdown. You cannot fight pride with pride! And it is foolish to step unto the frontlines with outstanding sin in your heart!

Still, we learned a lot during those years about spiritual warfare and the importance of having a heart of humility, submission and accountability to leadership and to others. We all need regular spiritual check-ups on our heart issues, and if you believe that you are perfectly fine, and have no heart issues, then it is be possible there may be some deception, as that can be an attitude of pride.

I believe that all we have been through was boot camp training for this important hour, and am always reminded that we serve a God that has the power to fully heal and restore us, and put us back on the front lines, as He His word says that all things work together for good for those who love Him.

During those years, I came to realize how very ill prepared the Church was in regard to the warfare from the enemy of our souls. I wrote the book The Plumb Line as heart preparation to stand on the frontlines of the battle in the present hour. There are fierce battles on the horizon, where we are being called to serve the living God as an army, and as a generation that knows their God and does great exploits in His name. However, God wants us to be safe!

God has spent years refining and preparing us for this hour, that we would become a fierce army, a wise army, a strong army and a humble army—as it is only the humble and the meek that can stand against the forces of darkness. 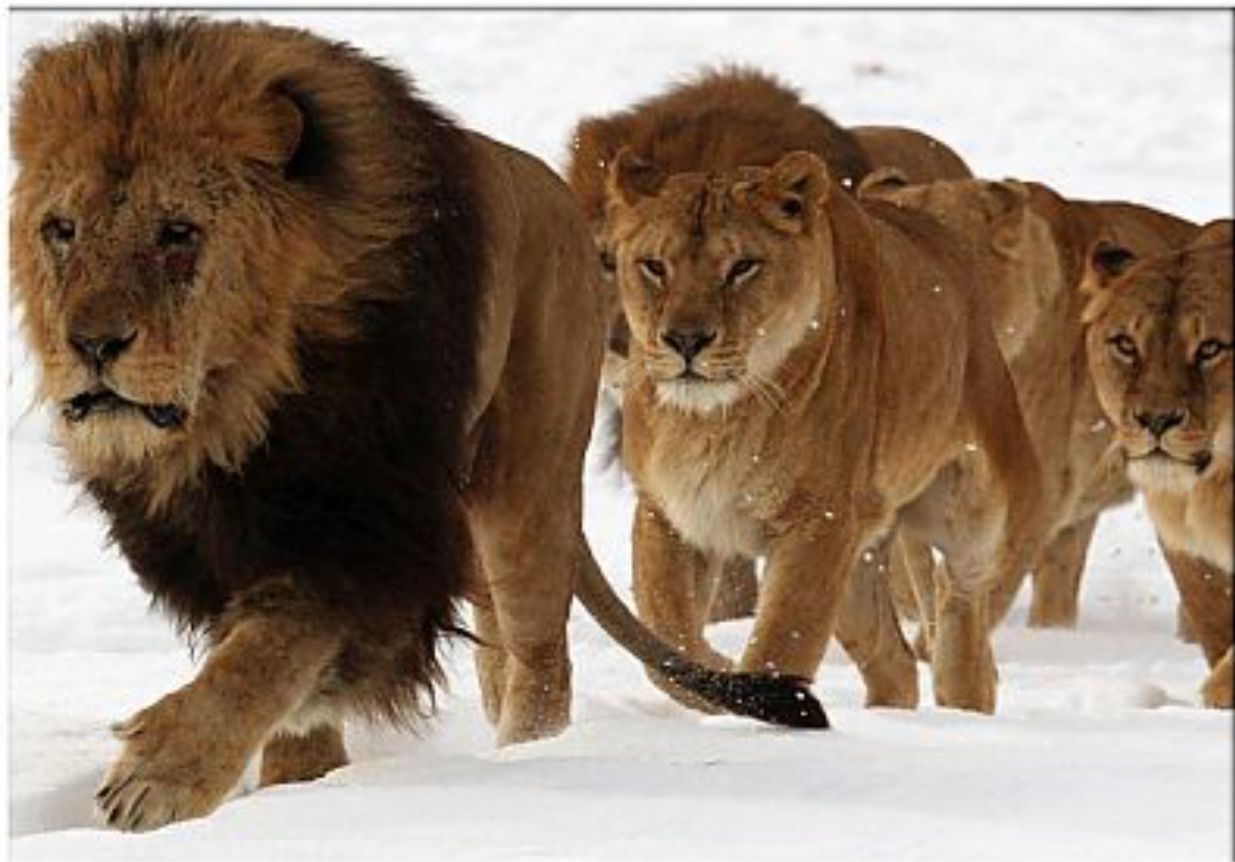 There are two extremely important features of warfare that must be in place before we go into any spiritual battles; the first is living a life of obedience to God’s Word and having a heart of repentance when we falter. The second is the principle of unity—we must stand together corporately, in union of heart and mind in order to withstand the forces of darkness—a divided army will fall. It is important now to lay down our differences and offenses, and unite together for the sake of the Kingdom and for the sake of the world. The Word of God admonishes us to embrace the Cross and unite as one man in order to stand in victory.

We have entered a year where the very ground is shaking beneath our feet, where there is chaos in the world, anger, hatred, earthquakes, plagues, locusts, famine and pestilence— it is time to put on our armor and fight—not against flesh and blood, but against spiritual hosts of wickedness.

God is launching a Campaign and will now be releasing prayer strategies to His army of intercessors in all nations. Our job according to Ephesians 3:10 is to declare and represent the manifold wisdom of God to principalities and powers. That wisdom is a sacrificial wisdom that does not seek its own but is a wisdom that is willing to lay down its life for others, as Jesus did! That is the wisdom of God! The Cross is the wisdom of God! It is not about how great and powerful we are; it is about how great and powerful He is! When we are centered in the will of God, embracing His Cross, our warfare will always be victorious!

God Bless you and Keep you and make His face to shine upon you and give you peace always!