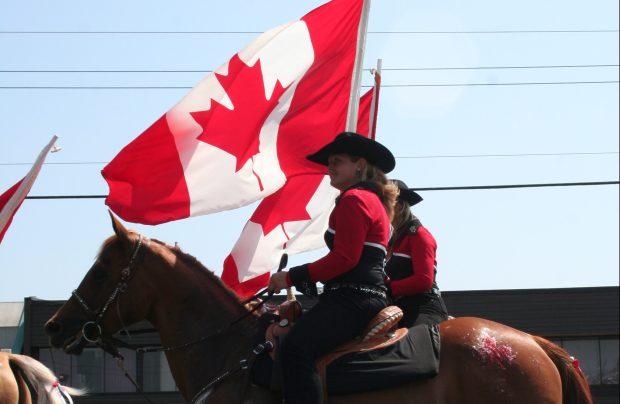 Not long after I posted the word below—approximately five years ago, a new political party gained power that took the nation onto a path of unrighteousness and dark policies.  This has given great impetus to the prayer movement in this nation, moved to awaken the Body of Christ, and to the importance of elections and the power of the vote.  I am now re-posting this word as I believe God has heard the cry coming forth from the hearts of His people and is about to move to take dominion of the Dominion of Canada that belongs to Him. Let us as Canadians declare across this nation from sea to shining sea, “Canada arise now to your God given destiny!”  I believe it is time for all the prophecies given to this nation by numerous prophets to come forth. Please everyone, get out and cast your vote for Kingdom principles!

Over the past few weeks the Lord has been stirring my heart in regard to Canada’s destiny and a coming invasion of the angelic host. God has chosen specific nations, released to run at appointed times in History as a catalyst for the unfolding of His transcendent plan. The primary example being Israel, the nation chosen for the establishment of the Throne of God, the container of the whole counsel of God, and the centre of His administrations through whom He has moved out to take dominion of the earth.  From Jerusalem, to Judea, to Samaria the Gospel went to the ends of the earth, also by way of certain Gentile nations raised up in appointed seasons. Through Rome, Christianity spread throughout Europe and on to Africa, from Constantinople to the Soviet Union; through Spain to the Americas and through Great Britain to the Commonwealth nations.  It is very important to understand that no nation can usurp the position God has ordained for Israel or represent the Promised Land from where Jesus will rule and reign over the earth!

The United States of America was held in reserve and honored as a land of promise for the escape of religious persecution and to bless the nations of the world with the Gospel. God has given the United States great military power and wealth to become the force that restrains evil on the earth. The United States was also chosen to stand as a strong ally and friend to the nation of Israel, to support its growth, guard His purposes contained in it, and protect it from the enemies of God!

God is now set to bring forth the last catalytic nation to the forefront—Canada, also held in reserve for such a time.  Canada has been chosen to play a significant role in the completion of God’s intentions in the last days before His return!  Canada’s mandate is not in relation to its military might but rather, God will invest this nation with spiritual might and authority to enforce key strategies and divine tactical maneuvers in His end-time campaign.

While writing this word, in reference to Canada, I heard the Lord clearly say, “Last Runner.” In researching that phrase, I discovered that the last runner in a relay race is called the ANCHOR RUNNER.  The anchor runner is responsible for preserving the lead ALREADY SECURED on the anchor leg, or last leg of the race! 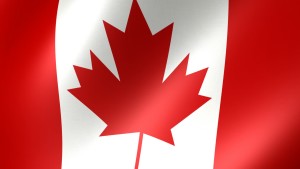 God has prepared Canada for the glory of His Presence, to be the Anchor Runner. Canada will preserve the lead and gains the United States has made on the last leg of the Divine Journey, to begin the work of preparing the last day Sanctuary that receives Christ!  Canada will be used by God to bring forth the yet awaited revelation of the One New Man that Jesus died for, in an authentic union with Israel and with God!  In the future Canada will become a sign and wonder to the nations of the world as a nation that resides under the Glory, favor and blessing of God by its choice to bless Israel!

The three crowns that form the maple leaf on the Canadian flag represent God’s Throne of Righteousness and Justice established in this land. The two bars of red on either side of the leaf  represent the Blood and the double supernatural ‘Grace, Grace’ to complete the work to bring forth the Headstone—an apostolic generation raised up as the Mature Man, in a Holy union of purpose with Christ! (Zech. 4:7, Eph. 4:13). 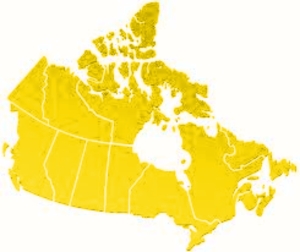 In the first vision I saw the map of North America, and as I looked at the map Canada shifted and was lifted up as a holy offering onto God.  As I continued to look, the entire nation burst into fiery red and golden flames.  As I continued to marvel at this sight the nation was raised upward and became a Golden Crown.

The third revelation God gave me was through a dream:  I was on a white horse seated behind the Lord, holding on to Him.  I was wearing a Bridal dress and the train was very long and blowing in the wind as we were flying above the clouds.  We then descended through the clouds and I began to see the earth below.  We flew closer to the earth towards North America.  I then saw Canada.  We flew very quickly toward its Eastern coastline then suddenly stopped just outside of Canada.

We sat there looking across the nation of Canada; it was very bright, lit up with white light.  Wide beams of white light were extending up into the heavens from the entire nation, coast to coast.  I then saw a thick white cloud descending over Canada.  As I looked closer, I then realized that it was not a cloud at all, but rather, thousands and thousands of angels descending upon the nation.  We stayed outside of Canada observing this; there was the sense in me, almost of urgency—more like a striving to get moving and enter the nation.  I wanted to prompt the horse and move the Lord to enter… the vision then ended.

As I prayed to the Lord about what this meant, and why we did not enter, I sensed that His response was that it was not yet time! That in the fullness of time HE WOULD ENTER, and when He did enter, all Canada would know it!  The white beams of light ascending to Heaven represented the intercessory prayers of the saints that have been going up through a multitude of prayer movements and Houses of Prayer, across this nation from coast to coast.  As a result, an invasion of the angelic host was being released to prepare the nation for a mighty end-time move of God!

Many nations around the earth such as Korea have heard God’s call to prayer for Canada and hundreds of thousands have been faithfully praying over the years! Many prophets and leaders have prophesied great things for Canada such as Yonggi Cho, Kenneth Copeland, Cindy Jacobs and Chuck pierce (many of these prophecies can be found on the internet).  Leaders such as David Damien—an Egyptian Christian, must be honored for answering the call to come to Canada to lay the groundwork of cleansing the land of antisemitism and prejudice, to prepare it for its Divine historic mandate!

Over history God has used key nations as runners to carry the baton on the Divine journey of the Ascent to Union with Christ!  As in a relay race, each runner must hand off the baton to the next runner within the assigned zone. We are now entering the zone of the fullness of times—the time of completion of the House of God and the summing up of all things in Christ, contained in the dynamics of the Feast of Tabernacles. This will be fulfilled in the season of Parousia—the Season of His Presence, when the level of His Presence will rise exponentially!!  It is time to bless Canada, to intercede for Canada, to cheer her on in her call to run the race well, to finish the Divine circuit, and to hand the baton back to Israel.

In long relays, runners begin with a slow jog, looking back to the previous runner while holding out their hand to receive the baton.  I believe God is saying to America, that CANADA HAS BEGUN TO RUN; she has been looking back to you over the years, receiving much treasure from you, and now, is now holding out her hand, to take her place in the race and run the Anchor Leg to the finish line!  Canada and the United States share the longest border in the world, we are friends, allies and most importantly we share a divine destiny in Christ to partner together to serve the purposes of the King!  I believe God is asking the United States and all nations to now stand with Canada and under-gird His purposes with prayer, intercession and partnerships for the Canadian elections on the 21st of October, as this nation is significant to God’s unfolding plan!!