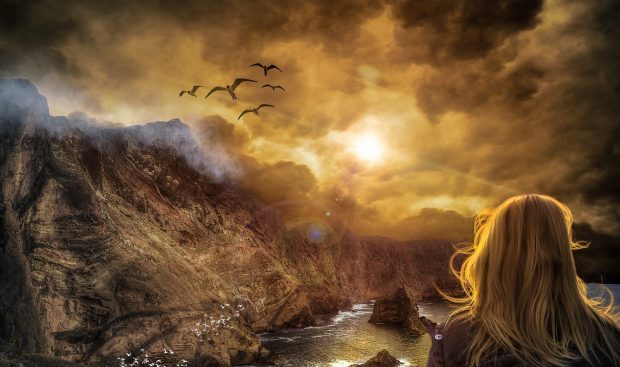 God is presently positioning His people strategically for the launch of a great Heavenly campaign, through which the Lord with His heavenly hosts will begin to plunder the enemy’s camp to capture a great harvest of souls for the Kingdom of God.  The Harvest is about to be awakened, and the scales removed from their eyes; many will be given eyes to see and a heart to perceive the living God in Christ Jesus. The Church also is about to be awakened, receive the revelation of their true identity in Christ, begin to move out and begin to do the greater works of Christ.

Moves of God are never neat and tidy, and the one that is coming, that will release the billion soul harvest or possibly much more, will certainly come as a mighty, potent tidal wave that sparks and ignites war, as the rulers of darkness vie to retain power over their prey. In Isaiah 49:25, God in essence asks the question, can the powerful hold and keep their captives? His answer of course, was No, they cannot!

“Even the captives of the mighty shall be taken away, and the prey of the terrible be delivered; For I will contend with him who contends with you, and I will save your children.”

The Breaker Must Come!

God is now setting the stage for the greatest rescue mission of all time! The captives are restless; unease over the existing state of affairs is shaking foundations as the Church gets primed for action.  If an awakening is to come, if significant change is coming, if the Harvest is to be released from captivity—then the Breaker must first come, and the Breaker Anointing released! A Heavenly invasion must break and smash through the gates, crushing the walls of the enemy’s defences. There is always war at the Gates to Breakthrough! However, the Word of God promises that the gates of hell cannot and will not triumph or prevail.

Jill Austin, a prophet and passionate woman of God, before she died, said in a word she wrote for the Elijah List, “A breaker anointing is a catalytic deposit of the Holy Spirit where eternity breaks through into the natural realm. It’s a holy invasion where the gates of heaven are breaking open with visitations and salvations, healing and deliverance.The breaker anointing is the core anointing of the apostolic Church.”

In the great battle of WWII on D-day, waves and waves of valiant soldiers were willing to give their lives to take down the kingdom of darkness under the rule of Hitler. A new breed of such men and women are now being groomed for the great battles ahead to release the captives from their prisons, and their hard task masters who are bent on destroying civilization as we have known it. In Donald Trump’s great speech on D-Day, he honored the soldiers who fought that day on the shores of Normandy as the greatest generation ever; now however, another of the greatest and most significant generations ever to live is being made ready for notable of battles ahead.

This new breed is rising with Jesus’ cry of Isaiah 61 on their lips, “The Spirit of the Lord is upon me, because the LORD has anointed Me…to proclaim liberty to the captives, And the opening of the prison to those who are bound; TO PROCLAIM THE ACCEPTABLE YEAR OF THE LORD.” (emphasis mine).

God is making ready a people for a HOLY WAR. In light of this, we can understand the reason for preparation in holiness, brokenness, love and mercy. The battle cry will resound as a trumpet blast from heaven to ignite the battle and releasing the sound that awakens a generation to their Divine destiny. This significant generation will see things that prophets and righteous men longed to see (Matt. 13:17).  We have been called to live in this notable hour to serve the purposes of the living God; it is time to be courageous and fearless.

The Trumpets Are Sounding! 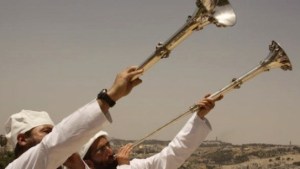 In scripture (Num. 10:4), the silver trumpet was sounded  for the gathering of the leaders only once. Leaders had to be alert, listen for the sound of the trumpet and be ready. When the leaders led the people to war, the trumpets would also be blown to gather them for the battle ahead.

“When you go to war in your land against the enemy who oppresses you, then you shall sound an alarm with the trumpets, and you will be remembered before the LORD your God, and you will be saved from your enemies.” Numbers 10:9

In a time of discouragement and despair, God once said to me very forcefully, Never put down your sword!  We cannot afford to be taken by surprise and caught off guard by hells schemes and sudden tactics. Pearl Harbor is a great example of a sudden and unexpected attack; these soldiers we’re highly trained and prepared, but their guards were down. The Word of God tells us,“If the trumpet makes an uncertain sound, who will prepare for battle?” (1 Cor. 14:8). It is critical for the Church to be in a state of readiness, with our loins girded up, that we may run a race of strength and victory. Satan is holding captive billions of souls. The Word of God says, there is a time for every purpose—It is time to war at the gates for the souls of mankind.

Many years ago the Lord sent a prophet to my house with a message that I was to study the name Yahweh Shamah—one of the names of God; it means THE LORD HE IS THERE! In this season the Lord will be very present with us in every aspect of our lives and everything we do for Him. This is the name the Lord is highlighting for this season—for a generation who have come into maturity to the fullness of the stature of Christ. His Presence will fill the temple of lives dedicated to Him; He will be there to occupy their destiny to ensure its fulfillment! Yahweh Shamah represents the Lord in His fullness of power and authority, acknowledging the completeness of His work in a people, as He comes to fill them with His Glory.

Recently I had a small sense of the Lord possibly asking me to do a particular thing. I thought about, it and for a variety of reasons I brushed it off as not from the Lord. Later, the same small thought came on me to do this thing, and again I brushed it off. As I sat in a meeting one evening, the speaker said that God won’t give you directions for the next thing until you are obedient to do the last thing he told you to; immediately the same thought came to mind; I was greatly convicted and repented. The Lord then showed me a picture of a very small crack of a door that had opened.  The small crack represented a seemingly small opportunity, and I heard the Lord say, “Don’t discount the small thing, the small opportunity or the small voice; if there is a crack in the door it means the door has opened! A way is opening and has been made ready for you. Heaven is aligning the path ahead for you. If the door has opened even a crack, it means that with very little effort, with ease it can be pushed open, and will fully open to the broad expanse before you.”

Over this summer doors will be cracking open for some and swinging wide for others, establishing the saints in the Divine Call on this generation. The Breaker will be breaking open the way to begin to move out,  anointing the saints with the anointing of the Breaker to open prison doors and set captives free!  The Breaker rests upon the head of His people, as the oil was poured out on the head of Aaron. It advances on an apostolic people and leadership—a vanguard of courageous people united to the King, willing to give all for His Glory.

“The breaker is come up before them: they have broken up, and have passed through the gate, and are gone out by it: AND THEIR KING SHALL PASS BEFORE THEM, AND THE LORD ON THE HEAD OF THEM.” Micah 2:13 (emphasis mine)

Don’t miss the small voice, or ignore the small opportunity. The Breaker has come! Get ready for a summer of breakthrough! I heard the Lord whisper, “Ready or not, here I come.”