I recently had an encounter in the Courts of Heaven out of which I believe has come a very important and timely word for the Body of Christ.  Prior to this encounter I was taken in by a well thought out scam by a wolf—well dressed in sheep clothing, presenting himself as a very humble and reputable leader in the Body of Christ.  This word is not actually about his scam, but rather my interaction with the Lord after the scam was exposed.  However, I need to briefly set the stage: this so- called Reverend presented himself as having a well-established ministry.  He first asked me for some videos of messages to put on his website, I checked out his blog posts which had very sound teachings and his website showcased many respected leaders some of which I recognized and admired their work. I did give him a couple of videos to use.  On his website he had recruited a team of about nineteen pastors, leaders, and worship leaders as a team. He later asked if he could book us to speak to millennials at college events all across the U.S, everything paid for, no out of pocket money involved.  At first, I was a little suspicious as I did not see evidence that he could pay for all of this unless he had large sponsors.  I called one of the pastors who had become an administrator in the organization who vouched that everything was legitimate. However, she was also taken in by this man!  To make the story short, after many months of planning these events, he was exposed as a fake—he was basically raising money from sponsors for these events, using pastors and leaders as the bait—these events did not exist, and his plan was to pocket the money he raised.  On the surface everything had the appearance of legitimacy, but it was all fake—one of the pastors found out that he had done this before under another Ministry name.  I thank God he was exposed before anyone got in too deep with him.

After this, I was praying one morning and seeking the Lord as I had the sense that I had fallen into a spiritual trap.   I asked the Lord if Satan had any charges against me, I did not receive anything, and didn’t think I had as I have tried to lead a lifestyle of repentance, keeping very short accounts with the Lord.  However, as I was reading the scam report about this man, a great conviction came over me as God shone His light on a sin in my life that I had not considered sin or significant, however it was very significant to God!  I had a God moment like David had when Nathan said to him, “You are that man!” (2 Sam. 12:7). Of course, I had never done anything like this man had but there were some underlying elements that were similar.

God was highlighting to me the principal of casually making promises that you cannot keep, or like this man, you don’t intend to keep. In previous years, based on a big promise that was made to me, I asked a couple friends to help me with some work; they knew at that time that I would not be able to pay them without this backing coming through.  When It didn’t come through I paid them a small percentage hoping to be able to reimburse them in the near future, they didn’t mind at the time as they knew I was not able to do more.  Many years later I was able to fix the situation and in pure complacency I didn’t. That morning in prayer I saw it so clearly, that not keeping my word had allowed satan to set me up for this trap!  As I prayed to the Lord took me to Proverbs 16:11 in the NLT:

“The LORD demands accurate scales and balances; HE SETS the standards for fairness.”

For three weeks prior, I had been taking communion daily for breakthrough in some areas and seeking God to close any outstanding gates to be prepared for this year. During the time of prayer in the Courtroom, God kept giving me scriptures from Job, and on the third day I received a newsletter on Job—I believe satan had received permission to try me and God was using this situation to bring some things to my attention! I was devastated and broken, I could barely bring myself to repent as I did not feel I deserved forgiveness in that moment.   I believe that through this whole experience, God was answering my prayer for breakthrough. I do thank God for this experience as with out it these issues in my life would not have been exposed, and I would not have been made aware that satan had a charge against me that was hindering me from breakthrough.  It took God to shine His light and reveal it to me.

I immediately sent out two email money transfers to start the process of repayment and was shocked when I received a reply that the money was desperately needed and came in at just the right moment. I had no idea, but God his Father did!

God showed me that as Proverbs 16: 11 says, HE DEMANDS ACCURATE BALANCES! HE SETS THE STANDARD OF FAIRNESS—Not earthly courts, not earthly lawyers, not friend’s opinions or advice, not our reasoning and not even how well the job was done!   God then gave me the word CONTRACT.  I looked up the definition which said: a written or spoken agreement, especially one concerning employment.  I had broken a spoken contract and God was holding me to my word!

I felt the fear of the Lord as He made me understand how strongly He felt about His people, especially leaders being people of their word—that the word of the Body of Christ must be dependable and trustworthy if our words are to have any power or authority to bring change! He said, Authority does not come from having the right semantics, from the right tone of voice, or charisma, He said, “Authority comes from a heart in right standing with Me!” A heart founded on righteousness and the integrity of a life well lived in the fear of the Lord! Such ones will have Authority to legislate the Heavens! God is saying that our word must count for something! He warned that we are to beware of exaggerations, and making light and empty promises in zeal—to let our yes be yes and our no be no.

“All you need to say is simply ‘Yes’ or ‘No’; anything beyond this comes from the evil one.” Matthew 5:37

We cannot live the Christian life on our terms but only by the Word of God and His precepts! I saw that by not living by God’s standard I had fallen into agreement with the enemy and into his trap.  I saw that in this scam I was reaping from what I had sowed.

God also showed me that many see Him, whether consciously or unconsciously, as one who does not keep His promises; who does not pay what is owed for service to the Kingdom according to Your Word in 1 Corinthians 9:7-10—that there is resentment and offense in the hearts of Your people toward You because of this.  He revealed that there are many cases presently being held up in the Courts, and finances are withheld because we have been withholding what rightfully belongs to others, and the law of reaping and sowing is in effect in many cases!

God is saying that in this new era we have entered into, the time when he will begin to bring in the greatest Harvest mankind has ever seen; when the great wealth transfer is set to be released for this purpose, that the injustices built into the walls of His House must be cleansed. He showed me that those who are builders of His House are called to hold fast to His principles and reminded me of Jeremiah 22:13:

“What sorrow awaits Jehoiakim, who builds his palace with forced labor. He builds injustice into its walls, for he makes his neighbors work for nothing. He does not pay them for their labor. He says, ‘I will build a magnificent palace with huge rooms and many windows. I will panel it throughout with fragrant cedar and paint it a lovely red.’ But a beautiful cedar palace does not make a great king! Your father, Josiah, also had plenty to eat and drink. But he was just and right in all his dealings. That is why God blessed him. He gave justice and help to the poor and needy, and everything went well for him. Isn’t that what it means to know me?” says the LORD. NLT 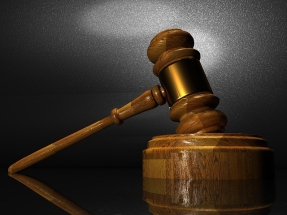 That morning I stood before the Courts of Heaven and Jesus my Advocate stood with me, the Holy Spirit Another Advocate groaned and travailed for me. I was led by the Spirit through a legal process of forgiveness and cleansing as I repented for a series of issues. God then said I was to have communion…I could barely do it because for the first time in my life I had a clear revelation of the cost Jesus paid for the sins I take so lightly.  I saw my pride and arrogance and was greatly distraught over the state of my heart—but the thief was exposed, and the Lord ruled in my favor!

Afterward I had a vision of a road getting very narrow and foggy in the distance.  He was showing me that the road ahead, especially for those called as leaders, was about to get much narrower, and we would need to stay very close to be able to navigate the way ahead, that we needed to cling to His Word—that His Word would literally become the Lamp to our feet and the Light to our path in the days ahead!

Today, many in the Church have fallen into a place of complacency about the Word of God, and are compromising through their own reasoning, but God is holding us accountable to every Word He has spoken and expects His people to walk with integrity.  Shallow Christianity will not stand, it cannot be about about appearances, looking good and big displays of success—but rather a life of service in humility!

“Blessed is the man You choose, and cause to approach You, that he may dwell in Your courts. We shall be satisfied with the goodness of Your house, Of Your holy temple.” Psalm 65:4

Heavenly Father, you alone are Good, and You alone are God! Lord it is so easy to fall short of the Standard of Your Word, but you have given everything we need to live a life of righteousness; You have given us One Who helps in our weaknesses, Who stands with us, Who lives in us and loves us passionately—One in whom we live and move and have our being.   Forgive us Father for the times we have taken others for granted—those whom you care ferociously for, for the times when we have used others for our own selfish gain or abused and trampled in pride and arrogance those whom you love.  Time and time again You have shown us what is good, what you require, to do justly, to love mercy and to walk humbly with You. Father help us to humble ourselves before You today, to see and confess our sin, for the sake of Your beautiful and Holy House.