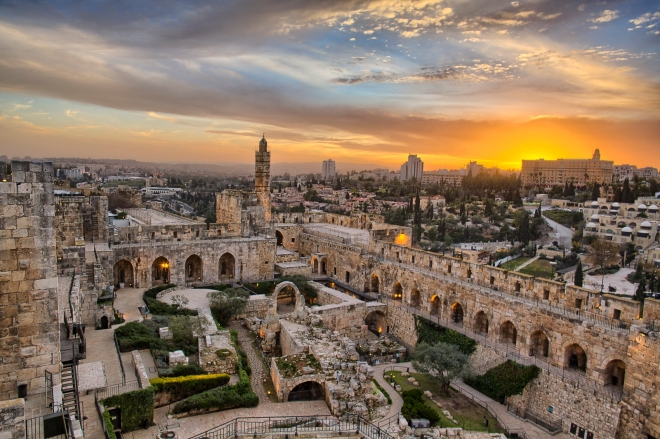 “Then He turned to His disciples and said privately, “Blessed are the eyes which see the things you see; for I tell you that many prophets and kings have desired to see what you see, and have not seen it, and to hear what you hear, and have not heard it.” Luke 10:21 -24

What an incredible hour we have been chosen to serve the Lord in. Things are shifting rapidly and accelerating at such a rate that it is sometimes hard to keep up! God’s people that are alive today have the privilege of seeing historic and notable events that are altering the fabric of reality, tearing the veils of deception, exposing the things hidden in darkness and moving the markers of ancient strongholds once thought immovable!  The man that God is using to do this is President Donald Trump!

With Wednesday’s announcement acknowledging Jerusalem as the Eternal Capital of Israel and the moving of the U.S. Embassy to Jerusalem, the world and the kingdom of darkness went into a tailspin! It is key for the people of God to understand the magnitude of the spiritual ramifications of this stupendous event, to interpret the times and have clarity on the movements of God!  Jerusalem though not mentioned in any other holy book, is mentioned 767 times in the Bible—referred to as the City of God the Eternal City and the eternal seat of His Throne!

“At that time they will call Jerusalem The Throne of the LORD, and all nations will gather in Jerusalem to honor the name of the LORD. No longer will they follow the stubbornness of their evil hearts.” Jeremiah 3:17 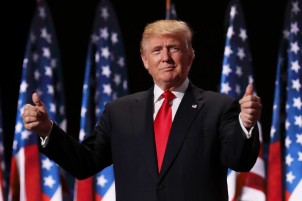 President Donald Trump will be marked as one of the greatest Presidents of all time because He has chosen to align himself with God’s will, with the Word of God and His heart for Jerusalem.  Donald Trump has been anointed by God for the job and carries a Breaker Anointing to smash through these ancient barriers and demonic stronghold fiercely guarded over centuries.  By recognizing Jerusalem as the Eternal Capital, he is aligning America strategically with God’s will in this hour. By establishing the United States embassy in Jerusalem, he has secured for America a place in the City of God.  This is very significant! An Embassy is not only installed in a land, but it is also secured, fortified and protected as the official representation of another Government. It carries all the power and backing of that Government—in this case the United States of America. However, in this instance we cannot ignore the spiritual significance of an Embassy representing a government whose Commander in Chief is also in the service of the Government of the Kingdom of God, and aligned to His purposes!

As the Breaker that is King Jesus, works through Donald Trump to smash the barriers, and the embassy becomes established in Jerusalem, other nations that support the Word of God will begin to follow suit.  Now is the time for the leaders of nations to WAKE UP, step out of fear, fear of repercussions, political correctness, personal agendas, elite demonic cliques, and be courageous to do the right thing in the fear of the Lord, as the word admonishes in Zechariah chapters 12-14 (chapters well worth studying in regard to Jerusalem).

The hour is now, the pace is fast and accelerated as God continues to move in power to secure KEY PLACES OF AUTHORITY in the Earth: The City of God—Jerusalem, the Supreme Court, hundreds of conservative judges about to be appointed, and the heads of key positions in all spheres of Life!

“Many people shall come and say, “Come, and let us go up to the mountain of the LORD, To the house of the God of Jacob; He will teach us His ways, and we shall walk in His paths. “FOR OUT OF ZION SHALL GO FORTH THE LAW, AND THE WORD OF THE LORD FROM JERUSALEM.” Isaiah 2:3

About 10 years ago, I had a dream I believe is for this hour: I dreamt that I entered a room where a Pastor and an intercessor were seated. I had on a long trench coat, and I reached deep into one of the pockets and brought out a bottle of wine.  The bottle was open, and a drop had spilled on the ground. We all were focused on the drop!  The label on the wine said 414 and beneath it said twenty-four years. The intercessor then said, “I want that wine, I am going to try and find it!” She left the room to make calls to find it then came back; I asked if she found it and she said, “I found it, but it costs too much!”

It wasn’t until about 4 years later that God gave me the interpretation when I was writing my book In His Image on the significance of the call on women for such a time as this! I was writing about Esther and being called for in this hour when I saw the reference 4:14 and God spoke to me!

“For if you remain completely silent at this time, relief and deliverance will arise for the Jews from another place, but you and your father’s house will perish. Yet who knows whether you have come to the kingdom for such a time as this?” Esther 4:14

I understood from the Lord that the bottle of wine had been opened, but what we have experienced so far has been only a drop of the wine; that there was a time coming where the whole bottle RESERVED FOR THE LAST would be made available!  This wine was a very costly wine reserved for radical lovers of God willing to pay the price for it! A people like Esther who will rise up to say, “If I perish, I perish!”  The 24 years written on the bottle represented 24 years the wine had been aging!  I was radically saved in an encounter with the Lord in 1993 and since understanding the dream have been waiting until 2017-2018 for the fulfillment.  I believe it is possible the drop that was spilt fell on millions of hungry saints who came to Catch The Fire in 1994—January 2018 would make it 24 years the wine has been ageing.  As I have kept this word in my heart for years meditating on it, the Lord gave me another related 4:14 scripture:

“…So he said, “These are the two anointed ones, who stand beside the Lord of the whole earth.” Zechariah 4:14 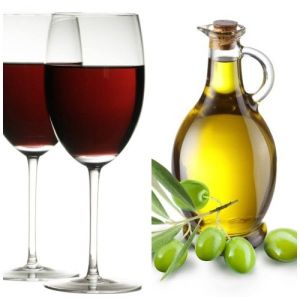 The words anointed ones literally translated from the Hebrew mean SONS OF OIL.  This is a very significant chapter describing the completing phase of God’s work represented in the Headstone—sons of oil in union with Christ—THE HEADSTONE; prepared and released, FOR SUCH A TIME AS THIS! In verse 1 the angel awakens Zechariah out of a state of dullness “…as if he were asleep!” I believe God is about to release a great Awakening!  It is a time when the Holy Spirit steps out in a MOVEMENT OF GREAT POWER to take down the great mountains and obstacles in the path of His people as they shout and decree “GRACE, GRACE to it!”(Zech 4:6-9).

Zerubbabel means: one who has left Babylon, and represents Israel coming into a new place; released to work and complete the House of God as the ones who laid the foundation! (verse 9).  They work with all the people of God who have left spiritual Babylon in this hour, to complete the works of God!  For about 10 years also, God has been highlighting to me Haggai 2:18-19:

‘Consider now from this day forward, from the twenty-fourth day of the ninth month, from the day that the foundation of the LORD’s temple was laid—consider it:  Is the seed still in the barn? As yet the vine, the fig tree, the pomegranate, and the olive tree have not yielded fruit. But from this day I will bless you.’ “

Every year I check the date on the Jewish calendar for this date, but have never seen the full release of the promises as I was believing for. But this year after speaking at a significant conference in Ecuador, where I felt a real shift in the times, God reminded me about Haggai, I checked the date and saw that the 24th  was on December 12th and  also the first day of Hanukkah—the festival of UNENDING OIL!  He then reminded me that He uses both calendars and I discovered that the 24th day on the Gregorian calendar fell on the weekend of Rosh Hashanah.  I happened to be at a conference that Barbara Yoder and Ryan LeStrange were speaking at in St. Thomas Canada.  It was a powerful time where God shifted things for me, told me to close some doors and showed me some new doors to walk through for 5778 and 2018—the year of the open door!

In the year of the open door, the Wine has aged for 24 years, and is ready to be poured out. In this year also, the 24th day of the ninth month begins the season for pouring out of the UNENDING OIL upon the Zech.4:14 SONS OF OIL, Esther 4:14 for such a time as this!  I say, let us get ready for a downpour of the OIL and of the WINE!  God is about to unleash a vast army of radical lovers of God who have overcome fear; they will turn their cities upside down like the early disciples were accused of (Acts 17:6). We have arrived at the appointed time of History to count the cost and drink the Costly Wine—If I perish, I perish!

When it became time for the children of Israel to enter and possess the Land promised to them, that was to become their inheritance, the Bible states “the Lord their God was with them,” and, “…the shout of a king was among them,” (Num. 23:21).  This King is Jesus!

The fame of Israel and the fame of their God went on ahead of them to the land they were about to possess.  Great fear fell on the people of the land, and all the enemies of God when they heard that the armies of God were MARCHING FEARLESSLY and headed their way!  Rahab—a very wise woman recognized that she was on the losing side and made the choice to take her stand on the side of God:

“I know that the Lord has given this land to you and that a great fear of you has fallen on us…We have heard how the Lord dried up the water of the Red Sea for you when you came out of Egypt.  When we heard of it, our hearts melted and everyone’s courage failed because of you. FOR THE LORD YOUR GOD IS GOD IN HEAVEN ABOVE AND ON EARTH BELOW.  Joshua 2:9-11