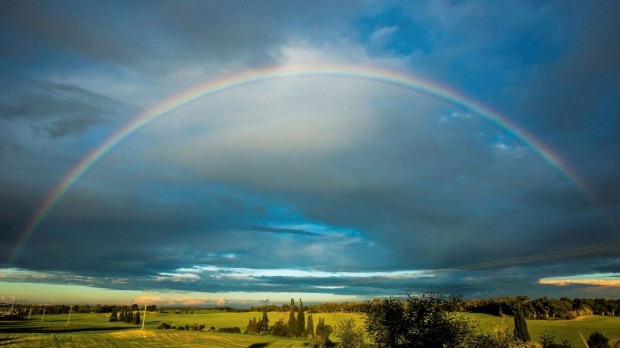 In the last word that I wrote I shared that the enemies of God were attempting to take us into a time of great chaos on Earth and that God had chosen Donald Trump as His ‘Reset’ to take us into a time of a great awakening, and victory. This would be a new season of strength, courage and increased authority in the body of Christ.  Shortly after that, God downloaded a single word to me—a word that felt weighty in my spirit and ripe with prophetic significance. I then had a short dream I believe significant to the season ahead, and as I was pondering the dream I felt led to check the definition the word, and discovered that it was connected to the dream.

The word is REPRIEVE. I thought it simply meant a break, and was very surprised by the definition, its gravity and its significance. Reprieve means: to delay impending judgment, to relieve temporarily from evil, a respite from impending punishment and, a warrant authorizing this!  One of the definitions of the word warrant is: something as considered being the positive assurance of a thing.  I believe a Donald Trump presidency is God’s warrant that will issue a far-reaching reprieve! I was overjoyed by the revelation of the coming relief and respite from the enemy’s advances, and the possibilities that this would open to the saints and to the world! However, I was also taken aback by the revelation and understanding that it was temporary, that we have been given a limited time—a window of opportunity to accomplish our mandate.

As I sought the Lord for more insight into this period and its timing, I can’t say that I received a definitive answer but I sensed that it was at least a decade, possibly two.  Thoughts came of Hezekiah being granted an additional 15 years of life and God’s word to him that judgment would come after that, and of Israel’s numerous times of reprieve in the book of Judges and over their History. God also granted Israel a reprieve after a 70-year period of captivity in Babylon where Israel was released to return and rebuild what had been ruined!   It is very interesting to note that in the year 5777, 70 years after Israel received the right to exist with the U.N Partition Plan of 1947, Donald Trump, who is 70 years old, is primed to become the president of the United States! This will affect the entire world and the Global Body of Christ.

As I contemplated the idea of a reprieve, a question began to form in my spirit undergirded with an urgency from the Lord to understand His desires: Lord if in Your mercy we have been granted a reprieve—a delay of judgment, and a window of time, how then must we live during this season? What kind of Christian does this day demand? As I have pondered these questions I believe I have been given some insight into God’s heart for the days ahead.

How then should we live?

Over this year we have had great expectation of a move of God, and seen an increase in intercession because of it. However, this election season in the United States has been the trigger that has mobilized the Global Body of Christ, to rise up in boldness with unified focus on an offensive such as has not been seen for a very long time!  The word of the Lord now ringing in my spirit for the season ahead is this: Do not lose the momentum you have gained! Do not stop! Do not slacken the pace. Stay on the offensive; take the war into the enemy’s camp and breakthrough the enemy’s defenses. God’s desire is that within the sphere and the boundaries He has given each of us, that we would rise up as a unified army to rule and reign with Him as co-heirs of His Kingdom, and as a force that takes back, holds and occupies the ground that He gives!

In the dream referred to in the first paragraph, I saw a crib set in the midst of a public setting.  My son who was too old for the crib was sleeping in it. I said to him that it was time to dismantle the crib. I then saw the crib turn into stone.  The Lord showed me that the crib represented the House of God and my son, the Body of Christ; I understood that the dismantling and the stone were two aspects of one revelation.  When I saw the crib turn to stone, I saw the word memorial, and understood that it represented the memorial of the season we were leaving behind as we entered the new season ahead; we were following the Lord into uncharted territory on a path we have not taken before.  This reflected the same picture as when God commanded Joshua to take stones and make a memorial as they were crossing over the Jordan to take the Promised Land and God cut off the flood waters from before Israel. I felt that the Lord said that the season we are leaving was not for us to curse, criticize or bemoan – it was a season of preparation that we were to give thanks for!

“When you see the ark of the covenant of the LORD your God, and the Levitical priests carrying it, you are to move out from your positions and follow it. Then you will know which way to go, since you have never been this way before.” Joshua 3:3-4

Regarding the dismantling of the crib, I saw the railings being taken apart and being removed. The word dismantle means to disassemble, or to take apart, and I sensed that this was a picture of the walls of the Church coming down as a process, not a suddenly.  The dismantling of the Church walls and the release of a prepared and fervent army of saints into all spheres of society, combined with the influx of an enormous harvest of souls, will produce a new dynamic that requires multi-dimensional diverse structures prepared to accommodate God’s purposes for an exceptional hour of history. At Jesus’ first coming, He changed the existing structure to accommodate His new work. Jesus challenged religious mind-sets and traditions; He challenged His disciples to think in new ways outside of the box of religion and to embrace change; He also challenged the crowds, those enamored by His words and His miracles but who stood watching on the sidelines in the valley of decision.

“Forget the former things; do not dwell on the past. See, I am doing a new thing! Now it springs up; do you not perceive it? I am making a way in the wilderness and streams in the wasteland.” Isaiah 43:18-19

I was recently in a library and a small gold covered book caught my eye; it was a book by Donald Trump. It turns out he had only written the introduction, and the remainder of the book was advice given to colleagues over their lifetime. Trump reasoning: “You can’t know it all. No matter how smart you are, no matter how comprehensive your education, no matter how wide ranging your experience, there is simply no way to acquire all the wisdom you need to make your business thrive. So, I asked the brightest most successful business men and women I know, what was the best business advice they ever received” (The Way to The Top – Donald Trump). A lesson the Bible teaches also, “For we know in part and we prophesy in part…(1 Cor. 13:9). In the season ahead we must unify and bring our parts to the table!

As I held the book, I suddenly sensed that God wanted to give me some advice and opened it randomly to advice given to his friend on an interview with a CEO of a large corporation, who told him, “Do you know what your problem is? You think like an employee instead of an employer.”  This was confirmation of a recent word God had given me regarding the parable with the elder son, who was thinking like a slave instead of as His firstborn, who owned everything.  To think like an owner in the Kingdom of God is to care passionately about the things the Father cares about; to invest our lives and to take ownership of His work to bring it forth! There is a higher dimension of sonship that the Father wants us to now identify with that we may rule with authority in the season ahead as co-heirs with Christ, possessing all that is needed to fulfill our mandate to OCCUPY TILL HE COMES! (Lk. 19:13).  The coming reprieve is a gift of time to run a race of strength, undergirded by God to overcome all obstacles in the path of His will.

Should we achieve victory in this election, can we afford to become complacent and go back to life as usual?  As I have wrestled with this word “reprieve”, many questions have come to mind that I am presently seeking the Lord about, such as: are we able to extend the time of the reprieve by our obedience, or will it be shortened by disobedience?  How does my obedience affect the harvest and the destiny of souls and of nations? Can I maintain the level of discipline, courage and self-control needed to fulfill the call on my life and finish the race well?  Only God has the answers to our questions, but we do have to trust that if we are willing He will do the work in and through us, to equip and qualify us! 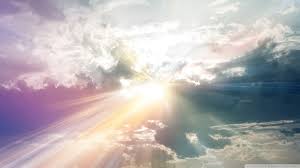 God is releasing us from captivity to return and build the House of God as He has blueprinted it, to repair the ruined cities; to prepare Cities of refuge and Light for the incoming harvest.  As Nehemiah was called to build a wall for protection, God will be sending His Nehemiahs out to build a spiritual wall of protection from enemy forces, forged through the love, relationship and unity of His leaders. The Divine Will is that we prepare Him a Sanctuary permeated with His Presence, fashioned with His DNA, to receive Him at His coming. There is much to do until He comes!   I find the words of Katie Torwalt’s song very appropriate to the time of Reprieve—a time of God’s Light and Power ready to be released in a time of awakening; a time very much related to the word I released in January of this year, Let There Be Light.

When You speak, darkness has to bow, confusion has its final hour

Let There be Light!