“Great is the Lord, and most worthy of praise, in the city of our God, his holy mountain.  It is beautiful in its loftiness, the joy of the whole earth. Like the utmost heights of Zaphon is mount Zion, the city of the Great King.”  Psalm 48:1 NIV

The High and lofty place of Zion embodies the character of God, His attributes and the very essence of His being.  The Mountain of Zion is the great edifice of the Temple of God. The work of building the Temple has been the climb up this great Mountain to the Throne of God.  “This is the law of the temple: All the surrounding area on top of the mountain will be most holy” (Ez. 43:12).

Zion inspires, challenges and moves the heart of man to aspire to greatness, to break through impossibilities and accomplish great feats in the Spirit of God.  Zion is very close to the heart of God as it represents the courageous acts of His servants throughout history, in their deep quest, to know Him, to obey Him and to meet with Him.  The path up this mountain stretches all the way from Abraham to this present day and reveals the Great Journey the Body has travelled on its ascent to the Throne to take its Seat in Glory. 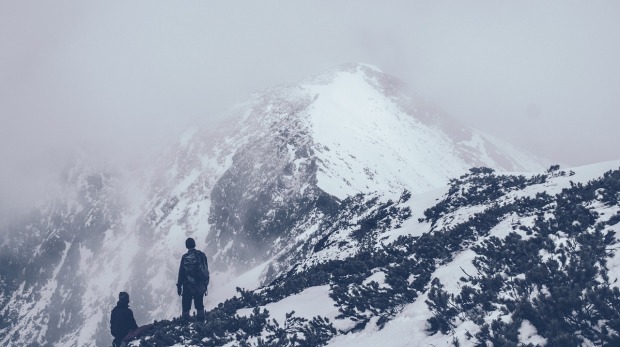 Abraham’s willingness to offer Isaac as a sacrifice in obedience to God was the act that opened the First Gate to the very high and lofty place of Zion—the dwelling place of God.  Because of Abraham’s faith, the climb up the mountain to this meeting place with God was brought into man’s realm of possibility.  On this Great Journey as we persevere in the struggle of the climb up this Mountain, we discover that OUR EYES ARE OPENED TO SEE MARVELLOUS THINGS, THE MIRACULOUS OCCURS SPONTANEOUSLY, WE ENCOUNTER ANGELIC HELP, AND GOD THE FATHER PROVIDES FOR OUR NEEDS!

It Shall Be Seen!

“Then on the third day Abraham lifted his eyes and saw THE PLACE afar off…) Genesis 22:4

“And Abraham lifted up his eyes, and LOOKED, and behold behind him a ram caught in a thicket by his horns: and Abraham went and took the ram, and offered him up for a burnt offering in the stead of his son. And Abraham called the name of that place Jehovah Jireh: as it is said to this day, In the mount of the LORD it shall be seen. Genesis 22:13-14 KJV

The Hebrew word for saw in verse 4, and looked in verse 13 is the word raah which means to see, to discern, gaze, behold, take heed. Something far greater is being implied in these two verses than simply a casual glance. The same word and inference is used when Moses turned to look at the burning bush—this was looking with discernment and intent!  Abraham named THE PLACE Jehovah Jirah, generally translated as the Lord will provide, however, as the same word raah is being used, the correct translation is Jehovah has seen—the implication is, JEHOVAH HAS SEEN THE NEED!   On the Mount, Abraham also looked and saw the ram—and he called the place: “IN THE MOUNT OF THE LORD IT SHALL BE SEEN” (KJV). 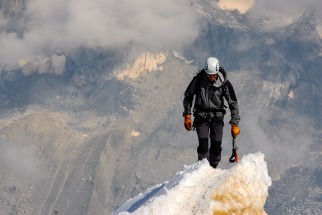 The location for this event, chosen by God, was Mount Moriah, which means SEEN BY GOD in Hebrew. As we press on in the struggle of the climb, God will provide what is needed for us to be victorious! In the Mountain of the LORD, as we draw close to the Lord in intimacy and obedience, as Abraham had, our eyes will be opened and we will see and discern the counsels of God and receive revelation of His intentions!

Mountain climbers who press on in their pursuit of God, achieve greater heights where vision is clearer and eyes are open to see and comprehend the width, the length, the depth, and the height. We can choose to play it safe and camp out at the base of the mountain or take the risk, and the step of faith to climb the Mount where we encounter God and experience Him in ways we would not have known otherwise. Mountain climbers encounter God on the Mount of the Lord, and like Moses, they get to see His Glory!

Mountain climbing is not a sport that I would ever consider attempting; I have seen images of people like tiny flecks on the side of great massive mountains, and have wondered, as they are at mid-point of the climb, do they ever get the desire to turn back.  Sometimes as Christians we may feel like we have been on the side of that mountain for a long time; we may have the desire to give up when the going gets tough and we are weary, but as we have come this far, there is no turning back!

Many years ago, at a time when I was feeling greatly discouraged the Lord spoke to me in capital letters as He sometimes does to emphasize something. and said, “DO NOT CAPITULATE!” As I dug into this word I understood that God was exhorting me not to give up, or to cave in to pressure, not to surrender to the enemy and give up resistance.  In these times, when we repent the Holy Spirit floods us with renewed strength for the battle and we are able to go on!  In the Mountain of the Lord He sees our need and will supply what is necessary for the journey to equip us for the battles ahead.

The Body of Christ has been waging a fierce war in the struggle to overcome, breakthrough and to experience the power of God move in our circumstances, our families and communities. We have been prepared for this hour, have been mobilizing in intercession and are on the edge of great moves of God as the bowls begin to get poured out on Earth.  As servants of God dwelling on the Mount of the Lord, our eyes will be opened to see great and mighty things we know not!

Recently I have been following and praying about the Brexit issue—yet I was surprised at the level of Joy that burst forth within me when I heard the results.  At that moment great revelation and understanding broke forth—I was tasting victory, and I sensed it was a foreshadowing of much more victory to come! I saw cracks in the wall of darkness trying to overcome our nations, and I believe that the enemy suffered a great blow that day!  Over the past two years it seemed as if we have been accelerating toward great chaos and turmoil, however over the past few weeks I believe God put forth His Mighty hand to slow down the enemy’s movements, causing him to suffer some significant losses.  The great wall of global prayer is presently pushing against the darkness and we are beginning to see Light beginning to break through.

I HEAR GOD SAYING WE ARE NOT TO CAPITULATE AS MOMENTUM IS ON OUR SIDE!  We cannot afford to slacken the pace; it is now important to continue to push back even harder in prayer against the devil’s agenda! Answers to prayer are on the way, victory is ours if we will persevere in prayer!  The Brexit result is releasing great hope, courage and boldness to the Body of Christ—and to all people, to stand up and let their voices be heard!  It is time to decree the will of God with great authority as Esther and Mordecai did—Esther was not satisfied with only the hanging of Haman.  She pressed for more in order to finish the job! The King gave them full authority to write their decrees, to continue on an offensive against all the enemies of God’s people and His purposes.

When the enemy tries to comes in like a flood, God WILL lift up a standard against him!  The enemy is presently losing ground as we fight in prayer, revivals are beginning to break out in various places, and there is a sense of heaven mobilizing to flood planet Earth with a great awakening, to inhabit our praises and to release long awaited answers to prayer! Let us be found on our knees praying, as He comes to take vengeance on His enemies!

He saw that there was no man, And wondered that there was no intercessor; Therefore His own arm brought salvation for Him; And His own righteousness, it sustained Him. For He put on righteousness as a breastplate, And a helmet of salvation on His head; He put on the garments of vengeance for clothing, And was clad with zeal as a cloak. According to their deeds, accordingly He will repay, Fury to His adversaries, Recompense to His enemies; The coastlands He will fully repay. So shall they fear The name of the LORD from the west, And His glory from the rising of the sun; When the enemy comes in like a flood, The Spirit of the LORD will lift up a standard against him. Isaiah 59;16-19

When we re-calibrate our vision toward success, refocus our intentions on the Lord’s power, ability and intense love for us, unite with His passion to see us overcome and become giants in the faith, we will be victorious!  God has made no accommodation for our failure, as He is the strength through which we overcome!