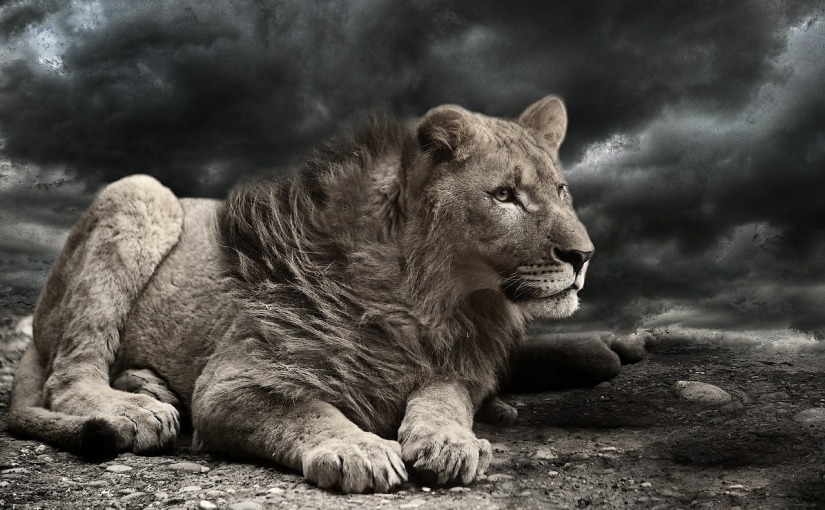 A large percentage of the words that I write have been devoted to the building of the House of God. God has put an urgency in my spirit that His House is to be made ready for two main reasons: the first, in preparation for His return and, and secondly that it would be a place of safety & protection for His people and the great harvest coming in. Many years ago the Lord gave me a vision that began my journey and gave birth to our ministry. I was standing looking up at a very large and high fortress stretching into the sky. Covering the tower were numerous doors and windows of all shapes and sizes—they were all open! As I stood staring at the tower, each one began to slam shut. At the same time, that this was taking place I could hear the distant and ominous sound of marching footsteps from an approaching army. God revealed that the fortress was His House and the gates and doors needed to be shut and sealed with the Blood of Christ in preparation for the great Day of battle approaching in the distance.

Whenever there is warning of a coming storm most people will begin to make preparations. We will ensure that we have enough food, water and supplies. As the storm approaches parents will warn children to get inside the house as they begin to ensure that the doors and windows are covered and reinforced. In the case of a Tornado it is important to stay close to something that is anchored securely. As the storm draws near voices of loving parents will get firmer, more urgent and louder to the children who are not listening. In a recent time with the Lord I heard Him clearly say, “Storms are coming!” with that sense of urgency! I then heard the Lord say clearly the words, “Walk about.” His instruction was to do a walk about as Nehemiah did. When Nehemiah arrived in Jerusalem to examine the condition of the city, after walking about and examining its gates he said:

“You see the trouble we are in: Jerusalem lies in ruins, and its gates have been burned with fire. Come, let us rebuild the wall of Jerusalem, and we will no longer be in disgrace.” I also told them about the gracious hand of my God on me and what the king had said to me. They replied, “Let us start rebuilding.” So they began this good work.” Nehemiah 2:18

As a loving Father God has concern for the well being of His children. I believe God is calling us as individuals, and as churches to do a walk about, to examine our gates and the doors providing access to the enemy. God is focusing now on relationships, and the unity that has His will at its centre, in order to rebuild the walls and repair the gates with the strength that will endure! The truth of our condition can only be known in the tests! It is in the tests that lies and deception are exposed and truth made manifest!

God has promised to shake everything that can be shaken! The purpose of the shaking is redemptive, to expose the rotten or weak foundations that people have built their lives on—that they may turn and be save! His House must be founded and built upon the rock of Jesus Christ that—a Rock that cannot be shaken. Everything that does not align with who Jesus is in Mind & Heart will not stand or remain when the dust clears.

God is the safe Place in the center of all storms! Over the last two decades of preparation He has been gently wooing us from the outer courts to come and dwell with Him in the Holy of Holies. He is now blowing a trumpet with urgency and sounding an alarm through the many tests and trials the Body has been facing—purposed to strengthen us and move us forward, encouraging us to press on into the safety of His Presence. We do not need to look at the news to know that storms are coming—the Word of God clearly reveals that there is a Day of Battle. God is looking for a generation of leaders to rise up, those who are strong in faith who do not need to be coddled anymore, as their eyes are fixed on the Lord, their foreheads like adamant stone and their countenance like that of the Lord. These are ones who know their God and will do exploits for the kingdom, who are bold and courageous and not afraid of the rebellious in the House.

This Headstone Generation are like David who learned, “to strengthen himself in the Lord,” in times of trouble. These ones will be strong towers who will move in the miraculous; they will comfort the weak when they are overcome by what is coming on the earth.

“See, a king will reign in righteousness and rulers will rule with justice. Each one will be like a shelter from the wind and a refuge from the storm, like streams of water in the desert and the shadow of a great rock in a thirsty land.” Isaiah 32:1

“Strengthen the feeble hands, steady the knees that give way; say to those with fearful hearts, “Be strong, do not fear; your God will come, he will come with vengeance; with divine retribution he will come to save you.” Then will the eyes of the blind be opened and the ears of the deaf unstopped.” Isa 35:3-5

The Day of Resurrection

The Lord gave me a picture once of an egg being hatched, the shell was cracking open and the chick was attempting to break free. I then saw a picture of a dark tomb. I saw that the egg represented life and the tomb represented death. I asked the Lord what this meant, Life or death, He said “Both.” The life represented the Life of Christ breaking out of a confined place, and the tomb represented the death of Christ and the cross being applied to our souls—the Word of God states that we died in Christ and we were buried with Him (Rom. 6:4). The lord then took me to the book of Matthew:

“The next day, the one after Preparation Day, the chief priests and the Pharisees went to Pilate. “Sir,” they said, “we remember that while he was still alive that deceiver said, ‘After three days I will rise again.’ So give the order for the tomb to be made secure until the third day. Otherwise, his disciples may come and steal the body and tell the people that he has been raised from the dead. This last deception will be worse than the first.” “Take a guard,” Pilate answered. “Go, make the tomb as secure as you know how.” So they went and made the tomb secure sealing the stone and setting the guard. Matthew 27:63-66:

The Lord then showed me that in the same way that the enemy was attempting to imprison Jesus in the tomb, he is attempting to seal the people of God in the place of death, by posting guards at our gates to keep us imprisoned. I asked the Lord what the gates were…He answered, “the sin that so easily besets us,” the weak areas that we each struggle with, presently affecting us and the corporate Church that is His Body.

“Therefore, since we are surrounded by such a great cloud of witnesses, let us throw off everything that hinders and the sin that so easily entangles. And let us run with perseverance the race marked out for us…” Hebrews 12:1

Jesus’ enemies mocked Him and said, “You who are going to destroy the temple and build it in three days, save yourself!” However, there was no stone that could hold Jesus—the Head in the tomb! When the women came to the tomb an angel was sitting on the stone that was supposed to imprison Jesus! Because we are united to Christ the stones and demonic guards cannot keep His Body imprisoned either! When Jesus was raised there was an earthquake, that earthquake was the resurrection power of the Holy Spirit breaking Him out…the same resurrection power that resides in us!

YES, THERE ARE STORMS COMING, BUT THERE IS A DAY OF RESURRECTION also coming for the corporate Body of Christ! The Angelic Hosts are now being released on assignments to remove all stones, hindrances and demonic guards now challenging God’s purposes in the Body of Christ. On the third day Abraham saw the place of sacrifice—the place of the Cross (Gen. 22:4). Moses told the people of God to prepare themselves for on the third Day God would come down on in the sight of all (Ex. 19:11). “…but God raised him from the dead on the third day and caused him to be seen.” (Act 10:40). In the Day of Resurrection eyes will be opened to see!

Whenever Creator God moves and shifts the world into new times and seasons, the Word reveals that His movement is accompanied by lightening and thunders and earthquakes:

“On the morning of the third day there was thunder and lightning, with a thick cloud over the mountain, and a very loud trumpet blast. Everyone in the camp trembled.” Exodus 19:16

As God moves in four major shifts in the book over Revelation we are told that there were lightenings and thunder, “And from the throne proceeded lightnings, thunderings, and voices”. Revelation 4:5, 8:5, 11:19, 16:18

The Greek word for voices is phōnē and means an address through disclosure. We are in the early part of the third Day and God is getting ready for a significant shift—an address through disclosure, marked by signs in the heavens and on the earth. God’s end-time campaign is being prepared; a line is being drawn and nations are being given the choice to align with Him. The Father is sounding the trumpet, calling His children to get into the secret place of His Presence. It is time to do a walk about to identify the weak places, to strengthen and secure them with the forgiveness of the Blood. The Blood must be on the doorposts of our hearts and our churches in the times when the Lord will Passover. As we are given eyes to see the place of Cross, we will begin see the Lord of Glory. We will rise in resurrection power for the Day of His Power! Deep darkness will cover the earth but His Glory will be seen on a people rising up like a lioness with the shout of a King among them, ready to advance the Kingdom of God!

“Go through the camp and tell the people, ‘Get your provisions ready. Three days from now you will cross the Jordan here to go in and take possession of the land the LORD your God is giving you for your own.'” Joshua 1:11

“On the third day Esther put on her royal robes and stood in the inner court of the palace…” Esth. 5:1
“…but God raised him from the dead on the third day and caused him to be seen.” Act 10:40