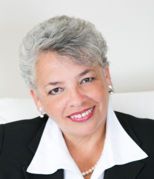 We have arrived in the most significant of years! The year of open doors and answers to long awaited promises!  The year of the Favor of the Lord!  The year where we will see the fulfillment of prayers prayed for many long years.  Prayers to dreams that God has planted as seed in our hearts; Dreams that are God’s dreams He has been waiting with divine patience to see their fulfillment.  Dreams for His sons and His daughters; dreams for cities and nations; dreams to bring relief for many in desperate situations; dreams that are solutions to significant problems the world is now facing; dreams for the great Harvest to come in!

The dilemma some may be facing right is how to step through the Door to fulfillment when the battle gets fierce at the Gate and the temptation is to panic at the sound of the beating hoofs! The enemy is not sitting about idle! He is about to lose a lot of ground and is resisting this move of God to the fullest!  But the Word of the Lord stands firm: “Shall I bring to the time of birth, and not cause delivery?” says the LORD. “Shall I who cause delivery shut up the womb?” says your God.” Isaiah 66:9

To possess the promises of God we must fight to stay in the place of unstoppable, unshakeable faith that receives—the faith of Jesus that we see evident in Mary and in Abraham.

MARY AGREED WITH HEAVEN’S PLAN FOR HER LIFE! She said yes when she was told by the angel of the Lord that she would give birth to the Son of God! Her response: “I am the servant of the Lord.  Be it unto me according to your word!”  Sometimes it can be easy to say yes to God in the pregnancy of the moment, when we get caught up in the grand possibilities of something new, exciting and wondrous.  However, the true test of faith comes in seeing the dream through to the finish line, and facing all the trials that come along the way to stop the dream from coming forth!  Trials that you did not expect to encounter…when the temptation is to be offended in God and disappointment sets in!

Mary agreed with God but she also had faith to believe in God’s ability to walk her through the trials that lay ahead as a single pregnant woman in her day. She experienced the wonder of seeing the substance of her faith, the Promised Son of God birthed through the travail of tested faith!

When Jesus put down his carpentry tools, dusted himself off, left home and all he had previously known, to go down to the Jordan River to be baptized by John, it was because he heard His Father’s voice say, “It is time My Son.” When he left, He knew it was the beginning step of a journey that would one day lead Him to a terrible death on the Cross. When Jesus left to go, He was saying yes to the Father, to the plan of redemption of mankind…to become the Savior of the world!

Jesus moved to embrace His destiny with fierce determination to complete His Father’s will! The Father and Son were locked in a passionate mutual agreement of will, love and honor of each other!  When Jesus went down into the waters of the Jordan He was fully embracing His Father’s Will and the full brunt of the Cross.  Jesus placed the full force of His faith in His Father’s Love for Him and the Holy Spirit’s care to carry Him through to the finish line and bring Him out on the other side in Resurrection POWER!

Was Jesus’ faith shaken in the garden over the ordeal He was about to face? It would seem so as he wrestled in fervent prayer in the garden, but His faith was grounded and secure in the knowledge of His Father’s superlative love for Him! Did Jesus ever entertain doubts that the Holy Spirit would rescue Him from death, or wonder if He might be left imprisoned in the grave forever? No, never! Jesus’ trust in the Holy Spirit was securely contained within a relationship born of passionate supernatural Love.  Jesus knew the love of the Father and the Holy Spirit were ferocious, that it would have no rest until He was once again seated on the Throne at the right Hand of His Father!

To what extent will that LOVE go to rescue you! FAITH MUST BE BORN OF THE UNSHAKEABLE KNOWLEDGE OF OUR FATHER’S MAGNIFICENT LOVE FOR US and the Holy Spirit’s intent to bring us into fullness in Resurrection power!

ABRAHAM – BELIEF AGAINST ALL ODDS

Abraham believed God! Abraham never doubted God’s word, nor was he shaken or thrown by the scope and magnitude of the promises! The Bible says that Abraham did not stagger in unbelief at the promises of God.  We are admonished in scripture that God is a rewarder of those who diligently seek Him. Abraham waited twenty five years to see the fulfillment of the promised son.  ABRAHAM WAITED BECAUSE HE SAW A CITY!  BLIND FAITH IS ACTUALLY FAITH THAT HAS SEEN!  What do you see…a city, a nation, an invention, a book, a business new technologies?

God admonished the Laodicean lukewarm church, “I counsel you to buy from me Gold tried in the fire!” The gold He was speaking of is tried faith refined and tested in the Fire, sustained through Love!  This is faith purified unto holiness! It is the gold with which dreams are purchased!  To possess this Gold is the evidence of all that is hoped for!  It is the economy of Heaven and is the very substance with which the Father created.  The Father’s own faith in His creative ability brought forth the worlds as we know it!  Dreams come forth based on a time tested relationship of knowing the Father’s love, knowledge of His faithfulness, goodness and integrity!  It is faith based on experience, knowing that the everlasting arms are always beneath us! That we always win!  God is not a man that He should lie.  Has He not said and will He not do right by you!

What is now coming forth in the days ahead are the Father’s magnificent dreams placed in the hearts and minds of His children like precious gems. They are very costly dreams, and like Mary the Body is about to give birth!  We have had a small number of forerunners who have gone ahead to set the course, but the earth will now see the saints released and ideas birthed on a large scale!

I believe God has found a chosen generation and a royal priesthood that will serve His purposes for this hour.  A people like Mary and Abraham and Jesus RELEASED TO GO, Blessed by the Father—an overcoming generation whose eyes are fixed and fastened on the eyes of their Lord, fearing no man or beast!  A GENERATION THAT SHOUTS GRACE, GRACE TO ANY OBSTACLE HINDERING OR RISING TO IMPEDE THE ONWARD MARCH TO SET THE HEAD STONE IN ITS PLACE AND COMPLETE THE SUPERLATIVE WORK OF GOD TO ESTABLISH THE RULE OF THE KING OF KINGS ON EARTH.

Are we willing to pay the costly price to birth and walk with God through to the finish line to the fullness of the promise?  Will we continue to believe for the promises in the face of setbacks and troubles, to see it resurrected in the power of the Holy Spirit in fullness.  This is the victory that overcomes, even our faith!

A Tsunami wave of Answered prayer is coming but it is fiercely opposed!  The dream will be birthed by those who will not give in or give up, who know their God and do great exploits!  Who fight the Good fight of Faith!

Abundant Blessings in the Lord!